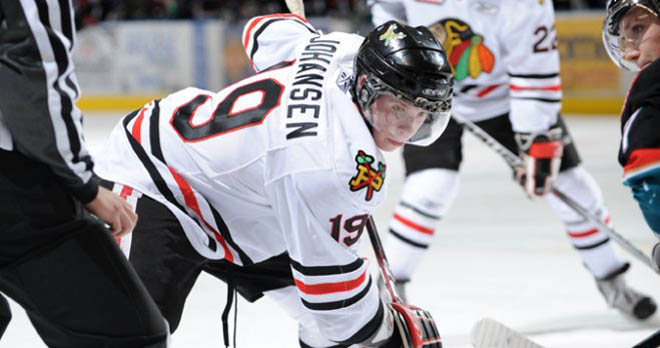 The 2012 World Junior Championship is six months away, but for Hockey Canada, the journey starts now.

Canada unveiled a roster of four goaltenders, 16 defensemen and 26 forwards for its summer development camp, the first official grouping in identifying and assembling its potential roster for the tournament in Edmonton and Calgary in December.

“Canada has many very talented players across the country in this age group, and the players should be very proud to have an opportunity to showcase their abilities at this camp in Edmonton,” head scout Kevin Prendergast said in a release. “We are looking forward to a competitive, high-energy camp.”

Among those very talented players include forward Ryan Nugent-Hopkins and Jonathan Huberdeau, both expected to go within the first few picks of the 2011 NHL Entry Draft next week. Blueliners Dougie Hamilton, Ryan Murphy, Nathan Beaulieu and Duncan Siemens, also eligible for the 2011 draft, were also named to the team.

Ryan Murray, eligible for the 2012 NHL Entry Draft, was also named to the team.