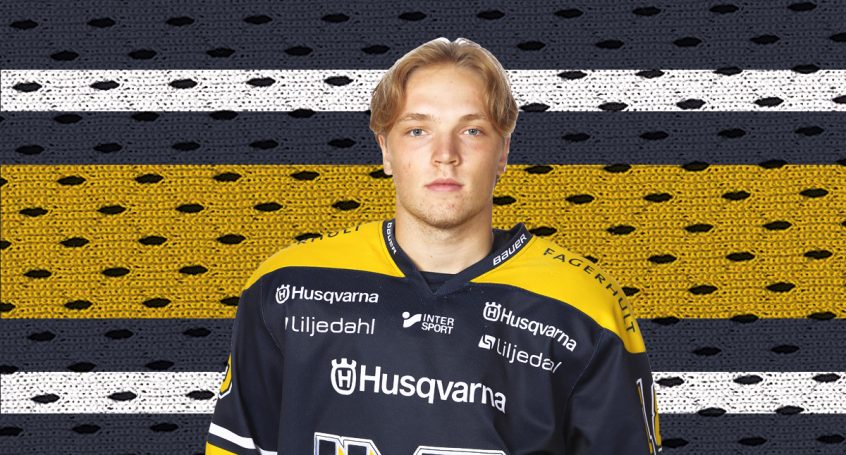 Zion Nybeck had a record-setting season, even if he didn’t realize it at first.

Playing with HV71 in Sweden’s SuperElit, the forward paced the entire league with 66 points (27 goals, 39 assists) in 42 games.

It’s the most ever by an under-18 player — a feat he learned he’d accomplished after the fact.

“It was super exciting,” said 17-year-old. “I didn’t know at first, but after the season I heard everyone talking about it.”

Not only did he set this record, but Nybeck was five points shy from matching Victor Backman’s all-time record of 71 points set over 39 games in 2010-11.

Instead, Nybeck is third all-time, and the most since Backman’s effort.

“I missed a lot of games at the end of the season when I played with the SHL team,” he said. “If didn’t miss those games, I think I would have got it.”

He might’ve, but his experience proved move valuable.

Nybeck spent 15 games in the SHL, Sweden’s top league, and collected one point playing in a depth role.

The point, however, won’t soon be forgotten.

It was his first goal.

“It was amazing, really a dream come true,” Nybeck reflected. “It’s something I’ll never forget. It was unbelievable. Everyone is stronger and faster. I think I did pretty well when I got a chance there. I have great skill, but it was definitely different from the SuperElit. It went well.”

The 5-foot-8 winger had a very good season, impressing many and looking like a potential first-round pick. HV71, naturally, signed him to a contract for the 2020-21 season.

But also plenty happy to look back at his successful season.

“I’m pretty happy with how my season went,” he said. “I think I’m just getting better and better. I had a great team also, I think if the season didn’t end the way it did, I think we would have had a good chance for the gold medal.

“I think I worked hard. Even through the tough times, where it wasn’t my best game, I still worked hard. The points just kept coming to me. I also had great teammates and I couldn’t have done it without them.”

On top of his teammates, he also recognizes his brother Chris, who played with HV71 from 2004 to 2007, and continued to play professionally in Sweden until 2015.

Having a family with that experience has helped the younger Nybeck climb the ranks and look poised for the next step.

“He’s been a big role model for me,” he said. “He’s always helped me out with hockey and things off the ice. He’s a big part of where I am.

With his season over, Nybeck now just looks towards the 2020 draft and keeping busy without hockey. Heading into the uncertain draft, the Swedish player is entering it with no expectations.

But he remains confident.