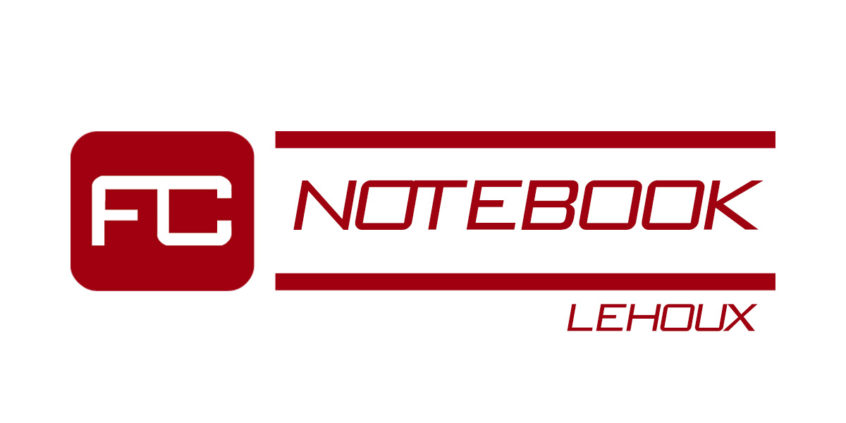 Here is Lehoux’s notebook for January.

Dawson Mercer, C, 6-0, 178, 10-27-2001
Chicoutimi Saguenéens 1 @ Sherbrooke Phoenix 6 – January 26, 2020
Mercer as had an excellent start with Chicoutimi after being traded from Drummondville, adapting to the team and his role very well. The right-handed forward is a skilled and dynamic two-way center who brings a versatile game and a great energy to every shift. His complete skillset allows him to support his team on both ends of the ice and he can be relied on in every situation. It’s not rare to see him take important defensive faceoffs at the end of games or be thrown on the ice in critical 3v5. Interestingly enough, he currently sits second in short-handed points in the QMJHL with five, and he often generates as many scoring chances as the opposition when he’s on the PK. His quick first steps, explosive second gear and powerful stride helps him get many scoring opportunities on the outbreak. His ability to get on multiple breakaways each game is a direct result of his great speed and ability to read developing plays. With the help of quick crossovers, great direction changes and his deceptive agility, he is able to lead the breakout by himself and control the puck up the ice under pressure. He is a tough player to read in transition, as he takes very creative paths to the zone entry and stays deceptive with the disk. When it comes to handling the puck, Mercer can be a real threat to watch, showcasing incredible puck skills to beat his opponents one-on-one and create room to work with. He possesses some silky mitts, a great hand-eye coordination and an excellent puck control, which allows him to stickhandle in tight space and through traffic effortlessly. He showed impressive quickness to escape pressure in corners with quick cuts and edge work, and he’s, overall, one of the best forward when it comes to beating pressure. He showed decent passing abilities in all three zones, distributing accurate feeds in the offensive end and stretching the attack quickly on the breakout with great precision on the outlet. He possesses a great vision and he seems to recognize his teammates positioning without even looking. He owns a tremendous shot as well, and he can present himself as a real treat from far away. He’s a deadly shooter on the power play, as he owns a powerful slap shot on reception and a slick wrist shot. He does lack a bit of physicality, as he tend to get outmuscle along the board and he rarely goes out for the hit. This is far from a concern personally, as he owns all the tools otherwise to become a successful NHLer. I’ve always been a big fan of Mercer, and he’s risen to the occasion on the big stage.

Josh Lawrence, RW, 5-8, 171, 1-28-2002
St-John Sea Dogs 10 @ Gatineau Olympiques 6 – January 22, 2020
Lawrence is a skilled and dynamic playmaker who showed the ability to create countless scoring chances for his teammates offensively with his elite vision and great offensive awareness. His stride is incredibly quick and he owns an amazing acceleration, especially when using quick crossovers to gain speed on the outbreak. He displayed a tremendous top speed in transition, bursting in the neutral zone with an impressive velocity. He also showcased his incredible quickness and mobility all game, showing quick turns with the puck, smooth edges, great footwork and excellent lateral agility. Lawrence as proven himself to be one of the top skaters of the draft, as he has the speed, acceleration, quickness and mobility. He possesses some high-end puck skills and his quick, shifty mitts are keeping up with his great foot speed. He’s dynamic, deceptive and flashy offensively. He’s an outstanding passer as well, displaying the ability to find perfect passing lanes and set up teammates with great scoring chances. His excellent stretch pass helps him restart the attack quickly and he opens the play in transition very well. He has an amazing vision and awareness of his surroundings to find his teammates around with accurate no-look feeds. He reads and processes the play at high speed, helping him find passing lanes before receiving the disk for quick puck movement. He does a terrific job distributing the puck on the PP. He has a very smooth release and he excels at using defensemen as screens, but he lacks power to be a threat from far away. He loves to put a lot of shots on net, but most of his scoring chances comes near the crease. His small frame and questionable strength slows him down in physical battles, but he keeps a high-intensity pace of play, jumping on every puck battles and putting great pressure on the puck pursuit. He loves to have possession of the disk, he controls the play offensively, dominates with his elite skating abilities, puck skills and vision and he has that “wow” factor to his game. Lawrence has showcased a great offensive potential and I believe if everything works out, he has shot at getting a middle-six role at the NHL level. Though his size, physicality and defensive game might scare some, I personally think he’s a great risk for the late rounds, as he brings an offensive upside rarely found this far out.

Marc-Antoine Pepin, D, 6-4, 182, 3-7-2001
Shawinigan Cataractes 4 @ Chicoutimi Saguenéens 7 – January 17, 2020
Despite ups and downs during the year, Pépin could be a very interesting option as an overager come June. He is a puck-moving offensive defenseman who showed the ability to control the action and create plays offensively using his excellent offensive instincts and poise on the attack. He’s a smooth skater who uses his good agility and vision to find skating lanes and lead the breakout. He has an excellent mobility, showcasing smooth turns with the puck, effortless edge work and quick pivots. His stops & starts, acceleration and overall quickness are all average at best, but he displayed a decent top speed in transition thanks to his powerful stride. He takes some risks on the breakout, but he is confident in his ability and he handles pressure very well. He always keeps his head up to find passing lanes and open space to exploit. He stays calm and composed in possession of the puck no matter what, helping him take good decision and find plays under pressure. He is very offensive-minded, always looking to jump on the attack and privileging potential counterattack to his defensive positioning. I would like to see him pick his spots more wisely though, as he sometimes cheats on the breakout or jumps on the counter too quickly, which puts his team in tough spots at times. Pépin is an excellent quarterback on the power play, distributing the puck with prowess and using his powerful slap shot to create rebounds for his teammates in front. His imposing frame combined with his great strength helped him finish his checks with power and win his board battles. His positioning, gap control and overall defensive awareness are questionable though. Pépin has progressed very well since last season and with his improved role in Shawinigan, he has been able to put himself on the map as a potential draft eligible. If he continues this progression, I could see a team jumping on him in the later rounds. A late bloomer, with a very interesting potential.