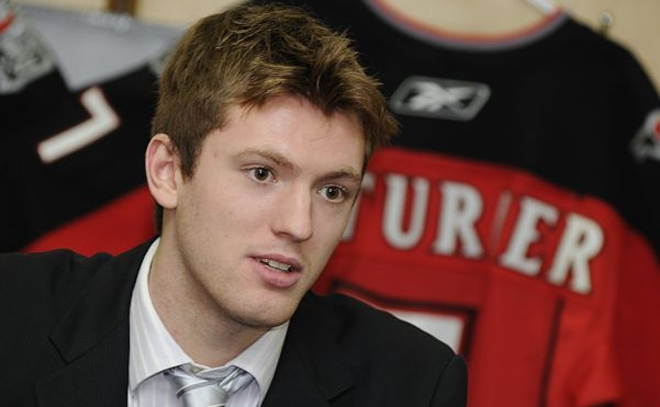 Talk about busy. The month of January, with the World Junior Championship rapping up and the CHL Top Prospects game taking centre stage, can be a demanding time for scouting agencies and NHL teams when it comes to re-shuffle their lists and draft rankings based on their most current viewings.

Future Considerations is no different.

At the top of the draft board, FC has seen the need to switch it up a little. After being in Sean Couturier’s corner most of the year we had to drop the big forward down a slot. Not because of anything he had done but simply because he has been surpassed by super slick and ultra skilled Ryan Nugent-Hopkins in our eyes. Nugent-Hopkins has shown, on a consistent basis this year, that he has the skills, intensity and work ethic to be the top player to come out of this draft once all is said and done.

Of these four top prospects the margin of difference is so slim that it will likely come down to what an NHL squad is really looking to add to their organization when they step up to the podium to make their selection.

The fifth, six and seventh prospects on our list have done a great job this season to separate themselves as the next tier down from the elite four.

Some who used the World Juniors to their advantage include Swedes Rickard Rakell and Max Friberg, both of whom showed well in Buffalo and have seen a spike in their draft stock based on their determined and skilled play. Rakell bumped the intensity up a notch and was in on everything when on the ice for the Swedes while Friberg showed his skill coming down the wing as a consistent offensive force. Rakell has continued the strong play he showed in Buffalo back with his club squad in Plymouth of the OHL.

Draft eligible forwards Ryan Strome,, Shane Prince and Brett Ritchie have all used strong months with their club squads to boost their draft stock. Strome and Prince started the year strong and have maintained their solid performance all season and now must be seen as high-end prospect more than just a draft eligible off to a hot start.

Ritchie, a six-foot-three power winger who started slowly in the OHL because of injury he received at the summers U18’s has started putting the puck in the net of late. He has just gone through a stretch of 11 goals in 11 games as he is finally getting back to his net front presence, banging in rebounds and shooting the puck whenever he has it on his stick for a young Sarnia Sting squad.

Those who have gone the wrong direction and see their draft rankings taking a bit of a hit include pint sized forwards Sven Bartschi of Portland, who played at the WJC for Switzerland, and Tobias Rieder of Kitchener who represented Germany. Both lost ground with their recent play.

While they both enjoyed success with their CHL teams earlier this season, each one found it much more difficult to produce at anywhere near the same level while playing against the top prospects present at the World Juniors. Showing an unwillingness to enter traffic areas and nowhere near the intensity they play with in league play are two main reasons for this drop. Rieder specifically has had a tough go round in the OHL after getting out to a quick start production wise.

Others dropping due to not living up to expectations include Oshawa Generals forward Lucas Lessio, who is suffering from consistency problems. Much more was expected from Lessio after his domination of Junior A the last few seasons.

Once highly regarded among the hockey community and seen as probably a first round selection, Kelowna Rocket winger Shane McColgan has had a season that started with illness and riddled with inconsistent play. While scoring at a point-per-game pace, the tiny winger has not improved in his overall play, added the required strength and just doesn’t do enough to offset his five-foot-eight frame.

Seth Ambroz, who was supposed to dominate with the Omaha Lancers of the USHL, has also been an a gradual slide from top-10 consideration almost from the get go this season as his games just has not improved from where he was two years ago. There are also concerns about his attitude, willingness to improve upon his weak areas like skating deficiencies and dedication to the game.

With many scouts and agencies shuffling the deck in January, one thing is for sure; the 2011 NHL Entry Draft is a volatile mix of talent that will surely lead to a few draft day surprises when the NHL teams finally make their selections.