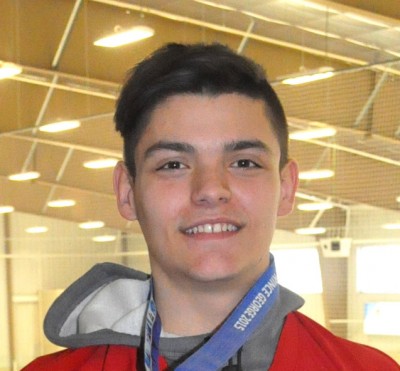 An extremely quick, mobile, smart goaltender… does not have the prototypical six-foot-four size NHL
teams are ideally looking for but makes up for it with smarts and quickness…has great lateral push to go post to post quickly and impressive subsequent save ability…he positions himself very well in net,
challenges shooters high in the crease and cuts off the shot angle… poised, controlled and confident in his crease, never looks shaky even after scrambling or letting in a tally…strong mentally…focus is impressive as he seems to track the puck no matter the bodies in front of him…his speed, athleticism and reflexes make him hard to beat clean and he possesses impressive flexibility adding to his effectiveness…consistency and composure are both big parts of a successful goaltenders repertoire and he possesses both in spades…looks to have a real ease to his efforts all while being highly effective.  (November 2016)