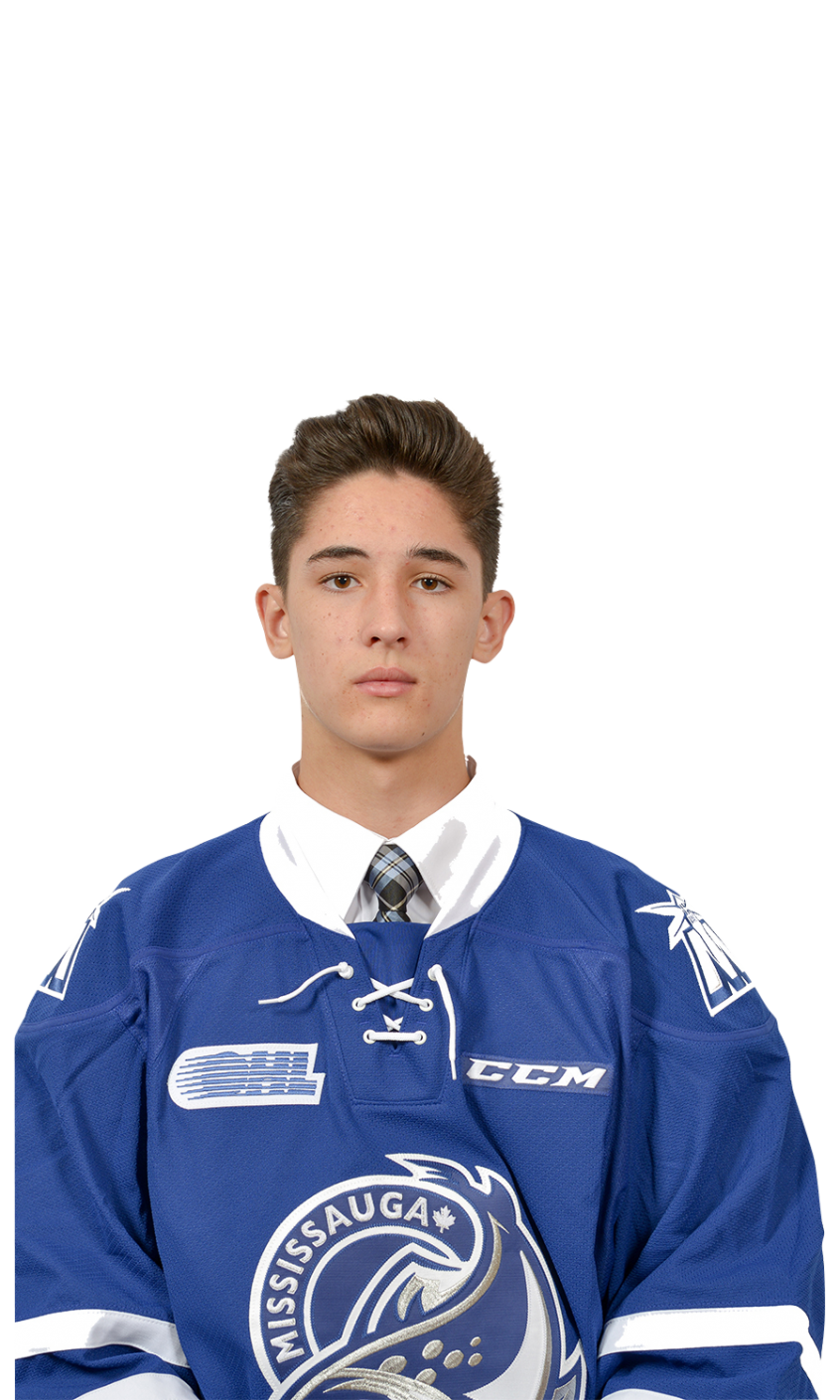 Ingham is a big, athletic butterfly–style goaltender…he moves around well in his crease and has good telescoping ability…he fills the net well with his natural size and square frame…not overly quick when moving laterally, but it’s an aspect that will improve with added leg strength over time…his big pads seal off the ice and lower portion of the net well…competitive and does not like to give up a goal, even if he played it correctly and is beaten by the perfect shot…he isn’t shy to flash the glove from time to time…plays his angels correctly and squares up nicely to plays developing off the rush…tracks the puck well, although he can lose vision through heavy traffic, another element that can improve over time … corrals his rebounds well or directs them to the corners…has the reflexes and a knack for making the second and even third scramble save…took over the top role in Mississauga at the seasons midway point when the incumbent starter was having some trouble, an impressive feat for a 16-year-old……has the size, confidence and style that draws excited on potential. (July 2017)