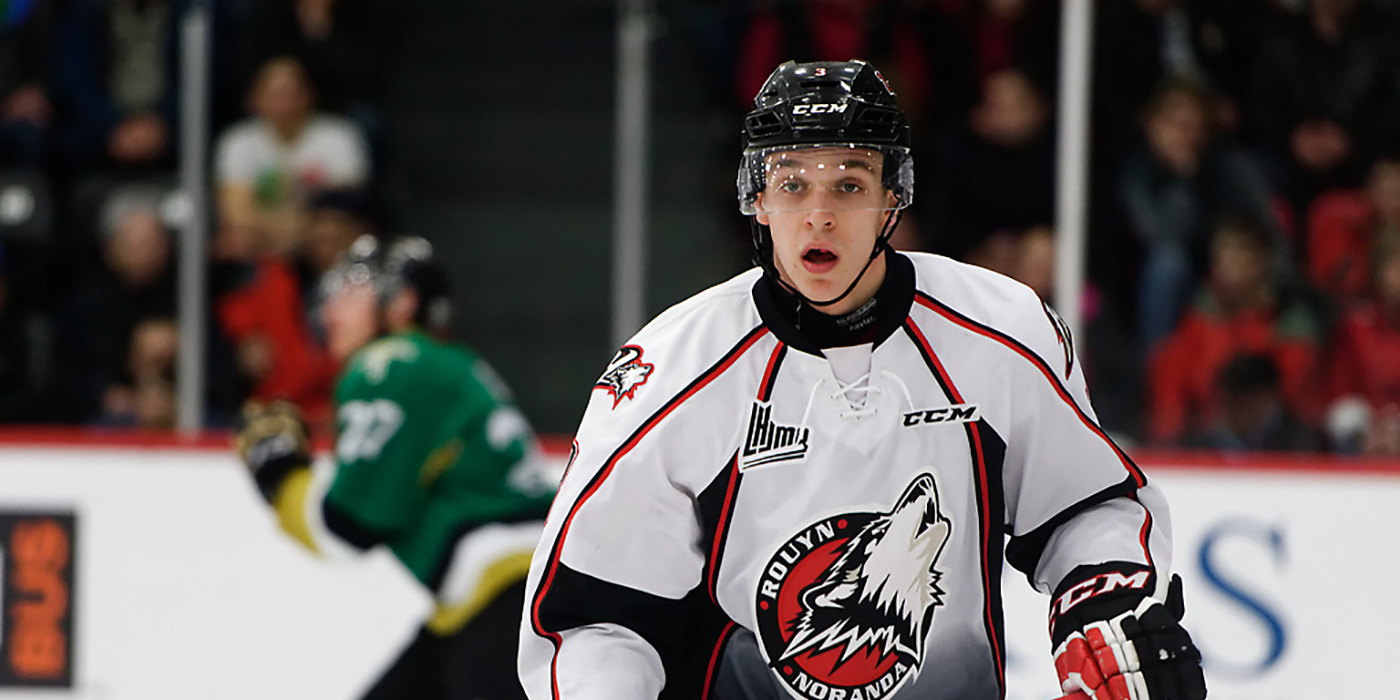 Rouyn-Noranda Huskies defenseman Jacob Neveu will be front and center when scouts flock to the Memorial Cup.

Neveu, who helped the Huskies to a President Cup title, will garner plenty of attention as Rouyn-Noranda’s top NHL Draft eligible prospect.

“Jacob finished his second season in the QMJHL as a regular on the best defensive core in the QMJHL and arguably the best team in the CHL,” Future Considerations scout Scott Wheeler said. “He played key minutes behind top defensemen Jeremy Lauzon down the stretch and while he won’t contribute significant numbers offensively, he’s a well-taught defender who closes gaps and makes a hard, crisp first pass.”

“He’s good on his edges to quickly pressure forwards after skating backwards and turn deceiving gaps into good stick-on-stick checks,” Wheeler said. “While he doesn’t have the offensive upside to become more than a third pairing defenseman at the next level, his shutdown game and success as a composed, cerebral defenseman on an excellent team certainly bodes well for his chance to become a late round NHL pick. His skating doesn’t inhibit him in either direction and he effectively rubs out opposing attackers to come away with the puck and exit the zone.

Goaltender Samuel Harvey is also eligible for the draft.