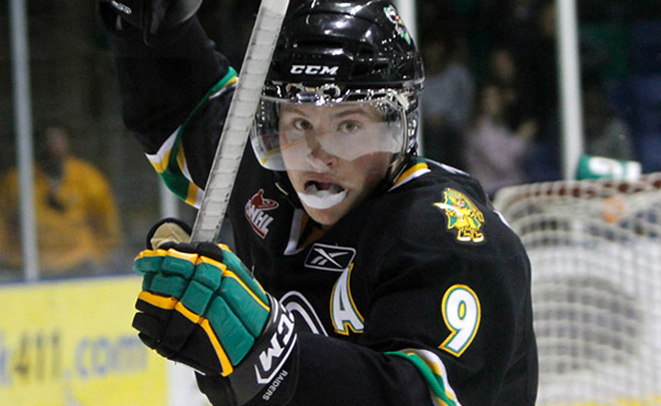 Team Canada’s entry in the World Under-18 Championship will need some ‘MM’agic in its quest for gold in Germany.

Murphy will be surrounded by a young, talented defense that includes potential 2011 draftees Swift Current Broncos’ Reece Scarlett and Scott Harrington of the London Knights.

Everett Silvertips standout Ryan Murry, who represented Canada at last year’s tournament as an underager, was also named to the team. Murray is a top-rated prospect for the 2012 NHL Entry Draft. Murray was also invited to Canada’s World Junior Selection Camp in December but was ultimately cut.

Canada last won gold at the tournament in 2008 and finished seventh at last year’s tournament in Belarus. Canada’s roster is comprised of Canadian Hockey League players born in 1993 or later who are no longer participating in their respective league’s playoffs.