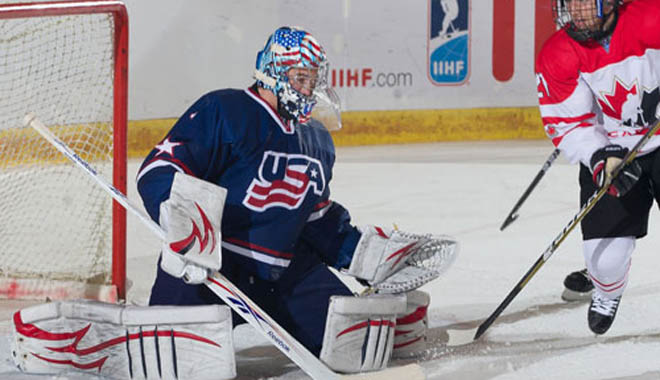 For the second time in as many years, the University of Michigan has lost a premier netminder.

“John Gibson has decided not to attend the University of Michigan or to play college hockey,” Michigan head coach Red Berenson said in a school press release.

A member of the United States National Team Development Program, Gibson went 9-4-3 with a 2.38 goals against average and .926 save percentage in USHL action. Internationally, Gibson helped Team USA to gold at the 2011 World U-18 Championship, earning the directorate award as the tournament’s top goaltender.Gibson was originally selected by Kitchener in the 11th round of the 2009 OHL Priority Draft. He had originally committed to Michigan in December.

Gibson joins Jamie Oleksiak and Connor Murphy as recent defectives from the NCAA to the OHL.